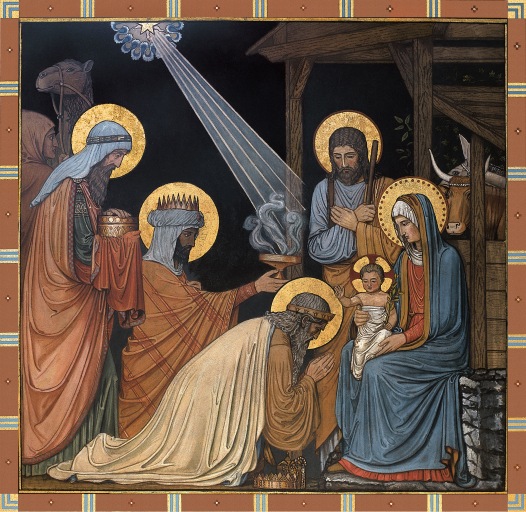 Tonight we remember the story of the magi following the star to the Christ child lying in the manger.

About 5 years ago, Sean a 26 year old husband and father of a two-year old son, a wrestling coach, was coaching a wrestling tournament in Fargo in January. A blizzard was brewing.  It was 20 degrees below zero.  The tournament ends.  He wants to get home to his family.  As he is leaving Fargo, the storm is getting bad.  Visibility is poor; he can hardly see.  He drives past a man walking along the road in the frigid temperatures.

He saw the star.

At least, he thought he saw the star. He wasn’t entirely sure that it was a man walking, but it looked like a man.  It looked like he had no hat or gloves.  “Maybe the next car will stop…but I didn’t see him until I had already driven past…it’s -20 degrees…but I really want to get home before I get stranded here…but if I don’t stop, he could die…”

Sean turned the car around.

He followed the star.

He approached the man and invited him into his vehicle. The man climbed in.  The first words out of his mouth were, “There is a God!  I have been praying that someone would stop!”

He, too, saw the star.
He, too, followed the star.

It turned out that the man was about Sean’s age. He was homeless.  He had been working at the Fargo Dome and was on his way to a soup kitchen for a meal that evening, but he was so disoriented from the cold that he was walking in the wrong direction.  In fact, he was walking out of town.  Sean turned up the heater, and they talked as the man warmed his hands.  It turned out the man had a wife and a two-year-old son – about the same age as Sean’s son.

When they reached the soup kitchen, Sean gave the man his pair of gloves.

They said their goodbyes and Sean continued on his way. The blizzard got worse.  Sean stopped at a gas station in a small town along the interstate and asked if there was a motel nearby.

There was no room at the inn.

In fact, there wasn’t even an inn.  But there was a Church – a small country church.  The gas station worker called someone in town to open it up.  Sean spent the night in the church basement by himself.

While he waited in the basement of that Church, he was haunted by the question. “What if I had kept going?  What if I hadn’t stopped?  What would have happened to him if I had passed by?”

Brothers and sisters, the Holy Spirit invites us to encounter the Lord so many times throughout the ordinary events of everyday life. So often we get a sense that we should do something.  We see the star.  But we come up with excuses for why we shouldn’t follow the star.

“It’s cold out there.”
“I’m not sure that I really saw a man there anyway – visibility is so poor.”
“I need to get home to my family.”
“The next car will stop.”

And yet, it’s in following the star that we encounter the Lord, and in encountering the Lord, we are moved to give a gift. And when we give the gift, we find that so much more has been given to us.  We have an incredible encounter that leaves its mark on us, that changes us, that reminds us of God’s mysterious workings in the world through us and through those around us.

And he received a gift in return –
an epiphany,
an encounter with Jesus in disguise,
Jesus disguised as a brother in Christ – someone like himself in need of a savior.

He received another gift in that night that he spent alone in the church basement:
that night at the stable,
a gift that forced him to reflect on the encounter he had just experienced in order to cement it into his memory,
a great story to be shared with his family,
a story of encounter that would be made all the more memorable by his silent night at the manger.

What about the homeless man?

He, too, saw the star – he prayed to God, perhaps for the first time in years. He looked up into the stars he could not see and made known his need for a savior.

He followed the star – he climbed inside the vehicle that pulled over.

He received a gift – the gift of the gloves.

And I’m sure he gave a gift:
the gift of his presence to his family,
the sharing of a story of a prayer answered,
the sharing of his faith, perhaps his newfound faith, in God who hears and answers prayers.

He gave the gift of his encounter.

Brothers and sisters,
God led the magi to Jesus. He leads us too, through so many ordinary events within our lives, if we just pay attention.  See the star.  Have faith and follow the star, and then see what happens.  Go on a great adventure.  You may just encounter the Lord in an unexpected place, an unexpected place like a manger on a cold winter night that was so deep.

One thought on “See the Star. Follow the Star. Encounter the Lord. Give a Gift.” 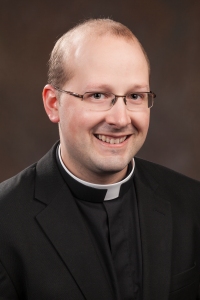 Father Matt Schmitz is a priest of the Diocese of Crookston. Ordained in 2017, he currently serves as Associate Pastor of Sacred Heart, East Grand Forks; St. Francis of Assisi, Fisher; and Holy Trinity, Tabor. Father Matt is also the Chaplain of Sacred Heart School in East Grand Forks and the Promoter of Vocations for the Diocese of Crookston.  He can reached at mschmitz@sacredheartegf.net.